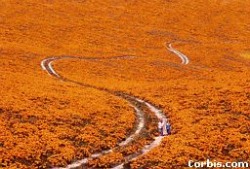 
Meditation involves the use of techniques or practices which still the mind, reduce stress and tension, harmonize the psyche, cleanse the mind, and provide a sense of calm and tranquility.  Its benefits can be used to improve relationships and enable the practitioner to maintain inner balance despite outer stresses.  The ultimate goal of meditation is a spiritual one.  It is the means by which the mind is purified and consciousness is drawn inward to allow the experience of Pure Consciousness or Cosmic Reality.  The meditative state is one of complete authenticity, non-judgemental with regard to the self, self accepting, and in tune with the Comos.

Meditation shifts you from one consciousness to another......
from the limited, wordly one, called 'body consciousness',
to a more expanded, spiritual one, known as 'soul consciousness'.
Dadi Janki - Brahma Kumaris

Types of Meditation
Meditation can be defined as both the means (tools/methods) and the end goal (the meditative state/transformation of consciousness).  The experience of Supreme Bliss and at-one-ment with the Cosmos is the purpose of meditation practice, the major difference between various "meditations" is the tools or methods that are employed.  Anything which aids the process of transforming the consciousness to an "enlightened" state can be viewed as a type of meditation.  Meditation can be practiced sitting down, standing, walking, while dancing and/or singing, or while doing any activity with complete mindfulness and concentration.  Even tasks such as washing the dishes can become meditation if performed with the right intent and focus.

There are a number of common features to all the forms of meditation practice:
1.  Meditation should be performed daily, preferably in the same place and at the same time.
2.  A meditative pose that is comfortable should be chosen.  Sitting meditations need to be maintained for at least 30 minutes.  If the traditional sitting postures (such as the Lotus) cause discomfort, then the meditation can be practiced sitting against a wall or seated on a chair.
3.  Breathing should be slow, deep, and quiet.
4.  Concentration and focus are attained by the "witnessing" the activity of the mind and drawing the attention to a single point ("ekagrata" or "one-pointedness").  The object of attention can include the use of mantras, visual images, the breath etc.
5.  The meditative state is described as involving detachment from the external world whilst maintaining awareness on a mental level (it is not a form of sleep).
6.  Samadhi (Self Realisation/God Realisation) is reached when the meditator experiences Pure Consciousness/Union with the Universe.  It is the purpose of meditation.

Trataka or "steady eye gazing" is a technique that utilises concentration (ekagrata) and visualization.  An object such as a candle flame, yantra (geometric shape), or other pictorial symbol is used as the focus of the meditation.  The chosen object usually has spiritual significance to the meditator. To practice trataka the object is placed  at eye level, about arms length from where the meditator is seated.  Deep yogic breathing is practiced while gazing steadily at the object.  After some time the eyes are closed and the object is visualized in front of the "mind's eye", the Third Eye or Ajna Chakra.  When the image begins to fade the eyes are opened once more to gaze upon the object of meditation.  Through the practice of trataka the object takes on greater luminosity and appears more vivid to the meditator.  They begin to see the "essence" of the object, and ulitimately the consciousness merges with the object into Oneness.  Trataka is most commonly practiced with a candle flame - the flame symbolizes the inner self and the state of Enlightenment.  The eyes are naturally drawn to the brightness of the flame, and its image is easily retained by the mind's eye.

Japa meditation is performed by the constant repetition of a mantra, either aloud or silently.  A mantra is a sacred syllable, word, or phrase which is used to transform consciousness.  The language of the mantra is sanskrit.  The mantras evoke images of Divine Consciousness and their vibrations link the chanter to the Cosmos.  OM or AUM is considered to be the maha mantra ("great", "supreme" mantra)  The sound of OM is the vibration from which the manifest universe was created, the sanskrit letter OM symbolises the transformation of consciousness to moksha (liberation).
Likhita Japa combines internal chanting of the mantra with writing.  The mantra is written down each time it is repeated mentally (usually one repetition of the mantra for each complete breath).  All Japa meditations use concentration through the focus on mantra to develop Pure Consciousness.  The mantra is familiar in the West through the public chanting of Hare Krishna devotees and the practice of  Transcendental Meditation (TM) introduced by the Maharishi Mahesh Yogi.

Just as the beauty and sweet fragrance of the Lotus flower are only revealed when it rises up from the muddy water and turns toward the sun, so our lives will only grow in beauty when we leave behind the world of Maya, or illusion, and look toward God through meditation.
Swami Vishnu Devananda